The National Multifamily Housing Council (NMHC)’s Rent Payment Tracker found 79.3 percent of apartment households made a full or partial rent payment by August 6 in its survey of 11.4 million units of professionally managed apartment units across the country.

This is a 1.9-percentage point, or 223,000-household decrease from the share who paid rent through August 6, 2019 and compares to 77.4 percent that had paid by July 6, 2020. These data encompass a wide variety of market-rate rental properties across the United States, which can vary by size, type and average rental price.

“Over the past few months apartment residents have largely been able to meet their housing obligations. In no small part, this is due to the enhanced unemployment benefits enacted under the CARES Act and significant steps by apartment owners and operators to help their residents. These unemployment benefits that have proven so important to so many households have now lapsed, meaning greater financial distress for millions and the potential worsening of America’s housing affordability crisis,” said David Schwartz, NMHC Chair, and CEO and Chairman of Chicago-based Waterton.

“While President Trump announced executive orders relating to rental assistance and continued unemployment benefits, it is unclear when and if those resources will be available to families. NMHC continues to urge the Trump administration and Congressional leaders to restart negotiations and reach a comprehensive agreement on the next COVID relief package. It is critical lawmakers take urgent action to support and protect apartment residents and property owners through an extension of the benefits as well as targeted rental assistance. That support, not a broad-based eviction moratorium, will keep families safely and securely housed as the nation continues to recover from the pandemic.”

This data will be updated on August 17, and August 24.

After release of the NMHC Rent Payment Tracker data, experts from the five leading property management data companies will provide additional detail on the week's data at a live webinar. For the month of August there will be no further webinars, however, data will continue to be released on Monday, August 17th and August 24. 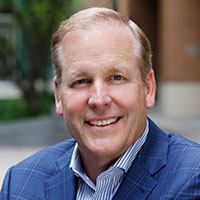 There are no further Rent Payment Tracker Webinars in August. September date(s) are TBA.
Watch the Aug 10 webinar >>>