When it comes to materials and pricing 83% of respondents reported that deals have been repriced up over the past three months.

Prices are on the Climb: 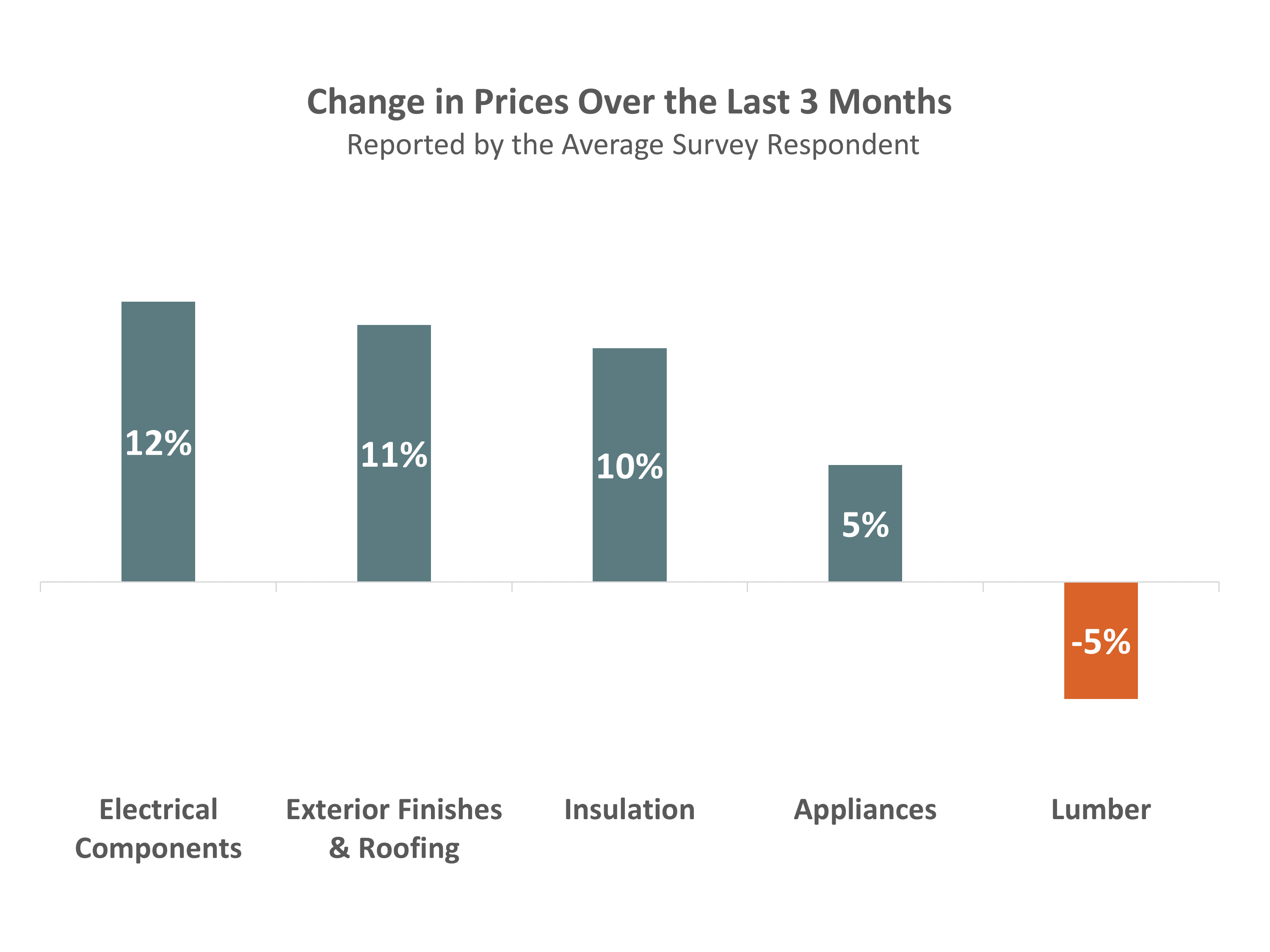 “Rising costs, construction delays and labor shortages—never mind more regulatory barriers and rampant NIMBYism—are making it more and more difficult to build the housing our country so badly needs,” said Doug Bibby, NMHC President. “Former President Obama had it right when he recently said that laws and regulations at the local level are inhibiting the creation of affordable housing. Policymakers need to partner with the private sector to bring down costs and find real solutions.”

More Context: This research comes on the heels of an NMHC/NAHB study that found regulation imposed by all levels of government accounts for an average of 40.6% of multifamily development costs. Some developers are now altogether avoiding communities with too draconian regulatory regimes.

Based in Washington, D.C., the National Multifamily Housing Council (NMHC) is the leadership of the trillion-dollar apartment industry. We bring together the prominent apartment owners, managers and developers who help create thriving communities by providing apartment homes for 40 million Americans. NMHC provides a forum for insight, advocacy and action that enables both members and the communities they help build to thrive. For more information, contact NMHC at 202/974-2300, e-mail the Council at info@nmhc.org, or visit NMHC's website at www.nmhc.org.