The National Multifamily Housing Council (NMHC)’s Rent Payment Tracker found 90.8 percent of apartment households made a full or partial rent payment by May 20 in its survey of 11.4 million units of professionally managed apartment units across the country.

This is a 2.2-percentage point decrease in the share who paid rent through May 20, 2019 and compares to 89.2 percent that had paid by April 20, 2020. These data encompass a wide variety of market-rate rental properties across the United States, which can vary by size, type and average rental price.

“Each week we see new evidence that Americans are prioritizing rent and that the work apartment firms did to create flexible payment plans is paying dividends,” said Doug Bibby, NMHC President. “However, the hardships caused by the outbreak are not ending anytime soon. Accordingly, it is critical that lawmakers come together to support America’s 43 million renter households with a national rental assistance fund as was included in the House-passed HEROES Act, and to protect our housing providers with expanded mortgage forbearance.”

After release of the NMHC Rent Payment Tracker data, experts from the five leading property management data companies will provide additional detail on the week's data at a live webinar. 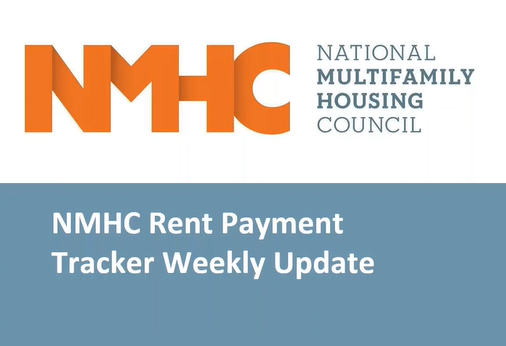