An Overview of Single-Family Rentals

During the COVID-19 pandemic, apartment demand shifted away from smaller units in more expensive coastal markets towards larger units in more affordable, secondary markets, as people sheltered-in-place and pivoted to remote work and learning.

In the fourth quarter of 2020, for instance, rents for professionally managed studio apartments tracked by RealPage were down 7.9 percent from the prior year, while rents for three-bedroom apartments were up 1.1 percent year over year. These large units were the only unit type to consistently record positive rent growth throughout the pandemic.

Meanwhile, as demand for larger living spaces grew, it also fueled single-family home purchases, driving single-family, for-sale home prices to climb at record rates given the market’s relatively limited inventory. This confluence of factors—a shift in rental demand toward larger spaces along with surging for-sale, single-family home prices—naturally calls for a look at the single-family rental space, especially as the sector draws the attention of a growing number of institutional investors.

Fourteen million U.S. households lived in a rented single-family unit in 2019, according to the American Community Survey (ACS), accounting for one-third (33 percent) of all renter households. Those in apartments (5+ units), in comparison, made up 45 percent of U.S. renter households.

Single-Family Homeowners More Likely to Be in Relationships, Married

These stats suggest a strong association between relationship status, and especially more serious relationships (marriage), and single-family homeownership. Conversely, couples seem to live in apartment homes and single-family rental homes at about the same rate and are more likely to be unmarried. 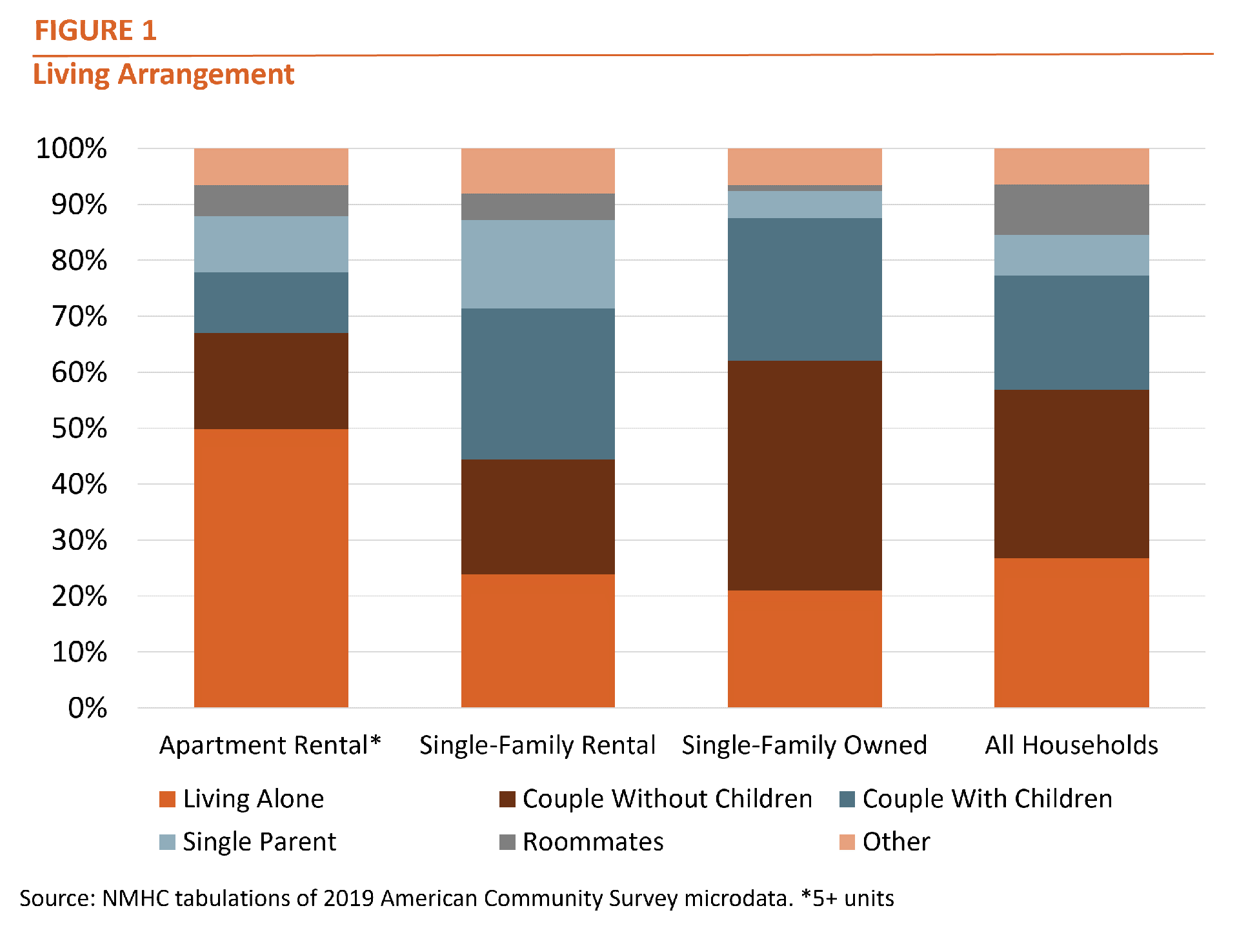 Moreover, as illustrated in Figure 2, households with children living in single-family homes, rented or owned, tended to have more children and slightly older children, on average, than those apartment households that had children present. 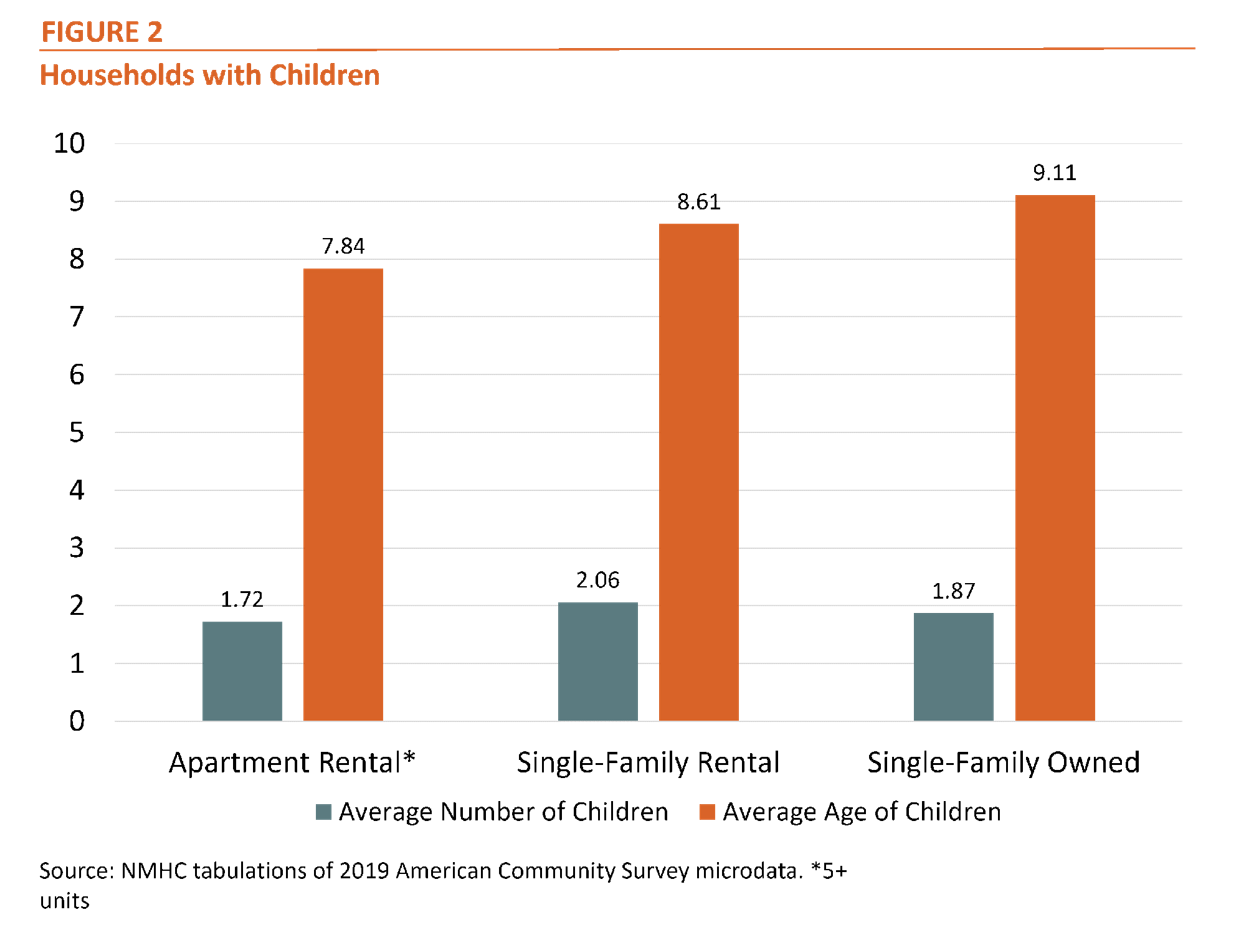 Higher Incomes Are Associated with Homeownership 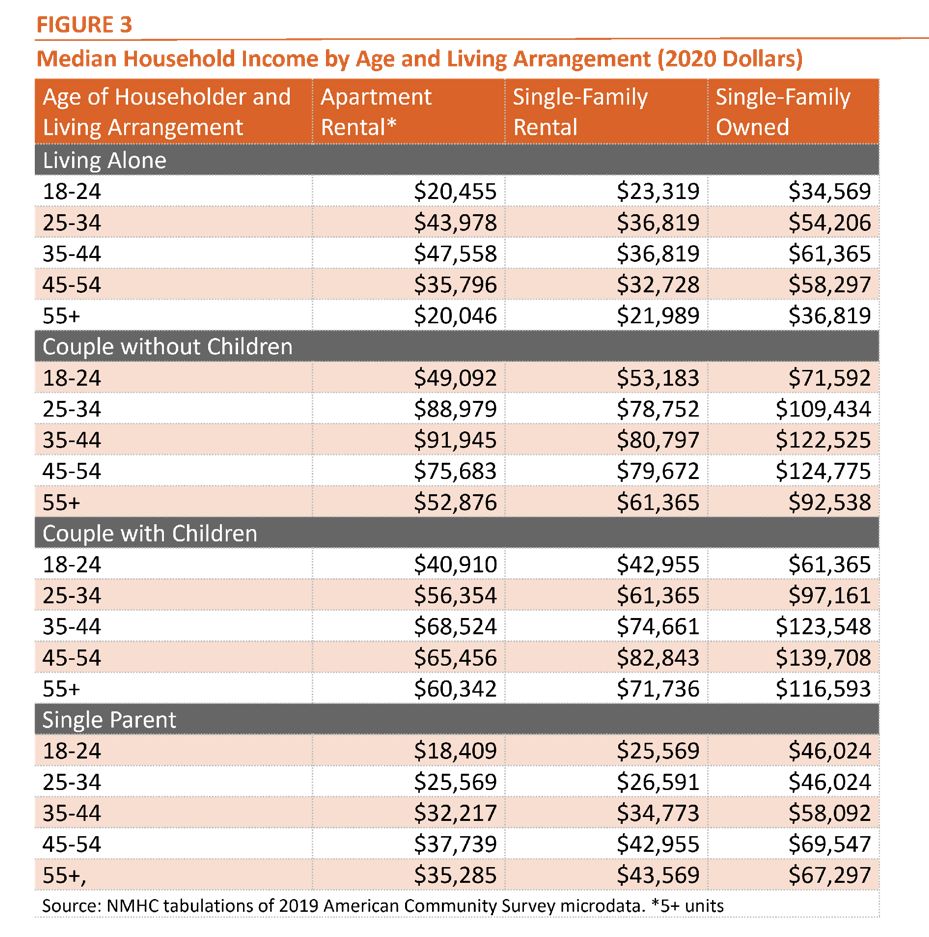 Of course, in any conversation about affordability, we must consider not just income, but housing costs as well. Single-family home prices have risen dramatically in recent years.

Given this disparity, some households interested in purchasing a home may have been priced out of the market and may have turned to substitutes, such as single-family rentals. 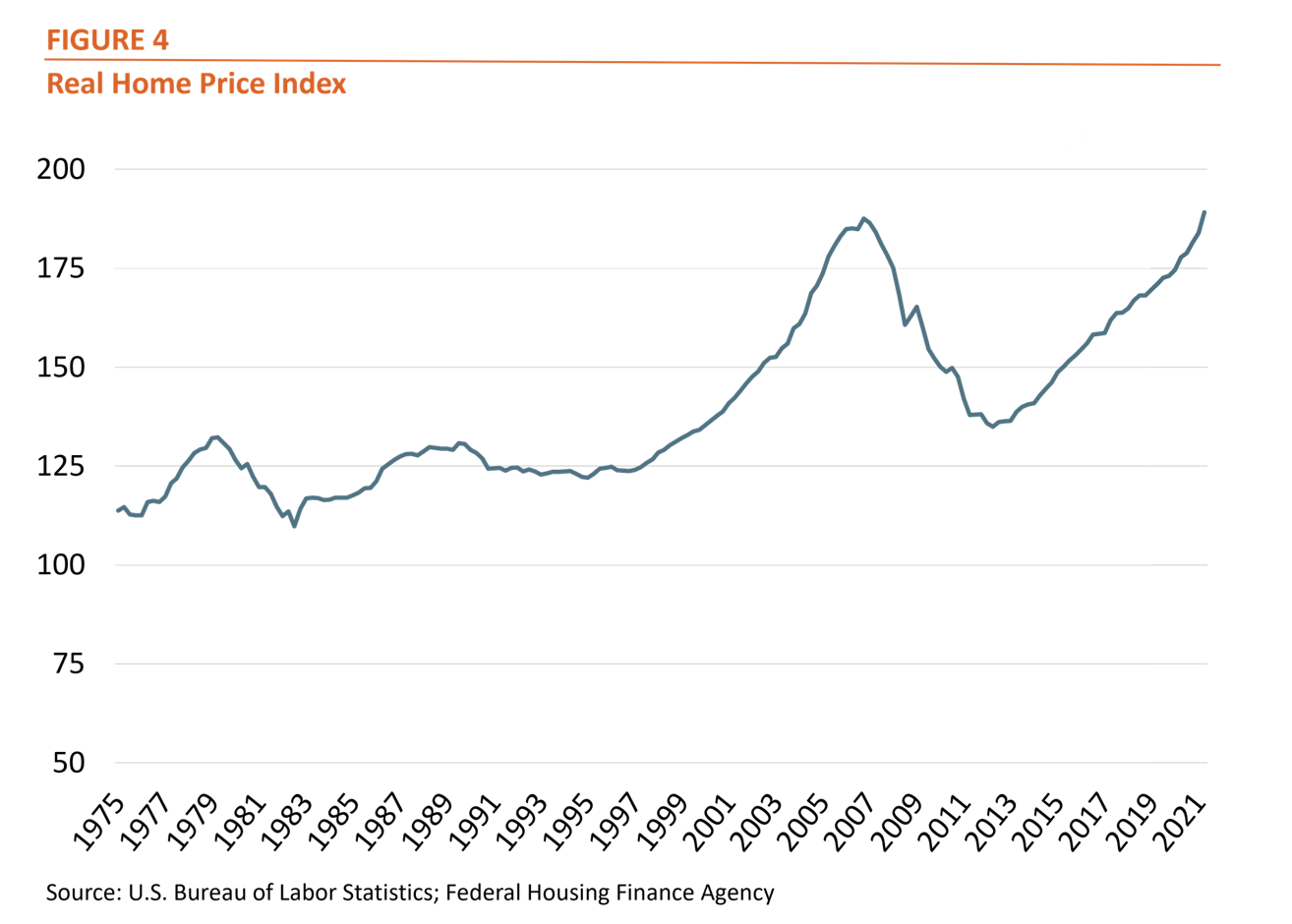 A unique feature of the single-family rental space is that the vast majority of units are owned by individual investors. According to data from the 2018 Rental Housing Finance Survey, for example, individual investors owned approximately 73 percent of single-unit rentals in 2018, compared to 23 percent of apartment homes in smaller properties (5 to 49 units) and just 7 percent of apartment homes in properties with 50 or more units. In that same vein, a recent Altus Group study estimated that institutional investors (firms with portfolios of over 2,000 properties), despite controlling over half (50 to 55 percent) of all U.S. apartment units, owned between just 2.1 percent and 2.5 percent of all single-family rentals.

While the figures above illustrate that institutional ownership makes up a relatively small portion of single-family rentals, particularly when compared to apartment rentals, it is a share that is growing. There have been a number of high-profile acquisitions and joint ventures within the for-rent single-family space in the past year alone. 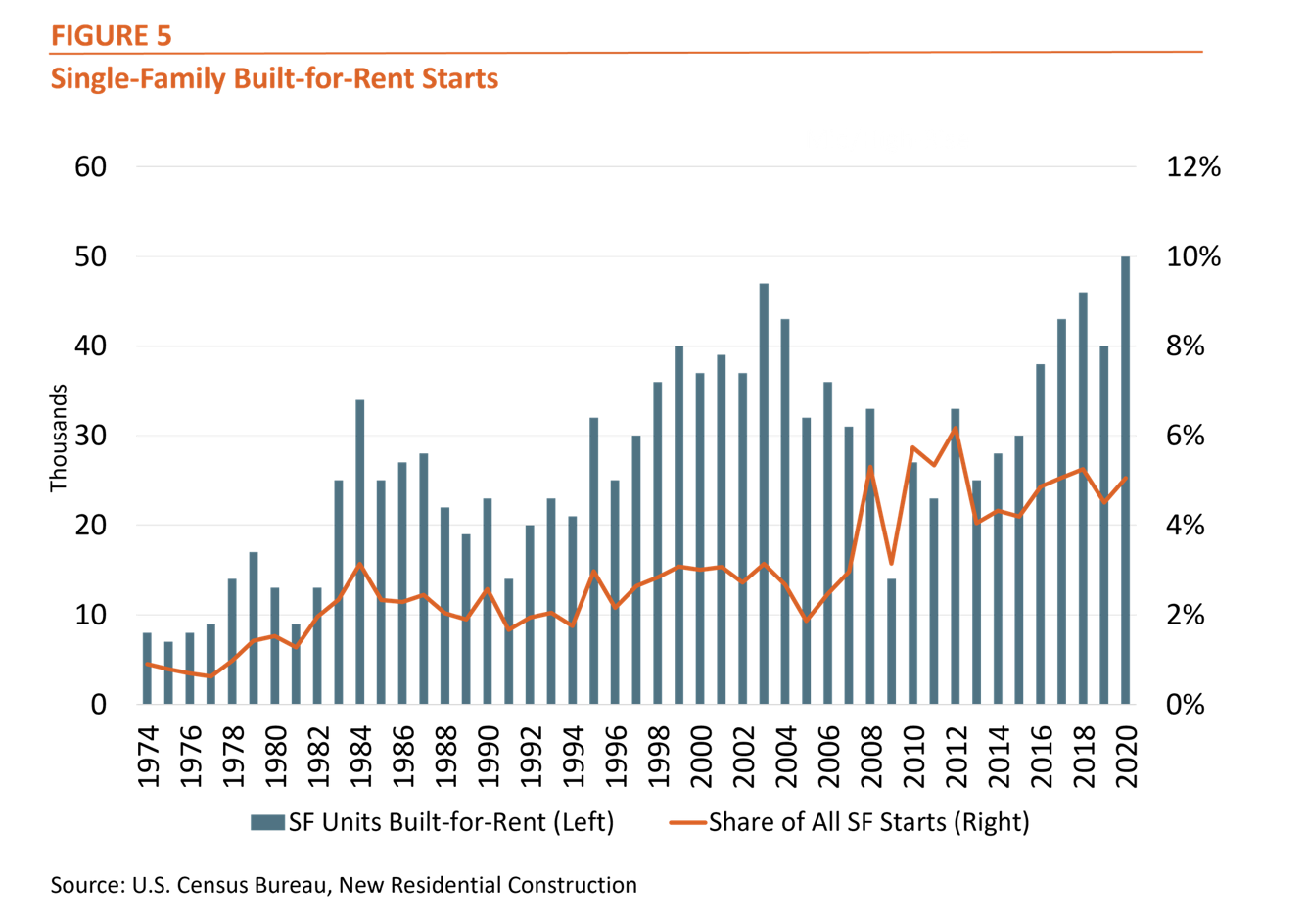 Given the financial barriers to homeownership, it’s unsurprising we also found a strong positive relationship between household income and single-family homeownership, even after controlling for age and living arrangement. Given that income growth has lagged home prices in recent years, we would expect a greater number of households to be priced out of homeownership, which translates to increased demand for single-family rentals. That is likely another factor driving the increase in the (still very small) share of institutional investment within the single-family rental space, as well as a growing number of built-for-rent developments.

However, we are wont to believe that this growth of the single-family rental market comes at any expense to apartments. There is a high degree of diversity among American households—whether it be in terms of age, income, living arrangement or other unobserved preferences—which translates into demand for a wide variety of housing products. The apartment market’s post-COVID-19 rapid rent growth, for example, is testament to the strength of the underlying demand for apartments, as well as the market’s limited supply. This tightness in the housing market illustrates that, after decades of underproduction, we need to build more housing of all types.

Questions or comments on Research Notes should be directed to Chris Bruen, NMHC's Senior Director of Research at cbruen@nmhc.org or 202/974-2330.

Download the full PDF of the September 2021 Research Notes