In August 2011, EPA announced an ENERGY STAR rating for multifamily high-rise buildings; prior ratings were for low-rise properties only. The designation may be applied to new and substantially renovated properties that meet specific criteria, notably that they are designed to be at least 15 percent more energy efficient than ASHRAE Standard 90.1-2007.

The program differs significantly from the ENERGY STAR rating system that is available to commercial properties. There are two paths to earning the Energy Star designation: developers may choose a prescriptive package developed by EPA or a customized approach using ASHRAE-approved energy modeling software.

As of March 2012, EPA data shows significant multifamily interest in the expanded ENERGY STAR program since it was expanded to include multifamily high-rise buildings. EPA reports that more than 2,600 apartment units have been certified since the program expansion, and applications for the certification of an additional 12,500 units are pending. 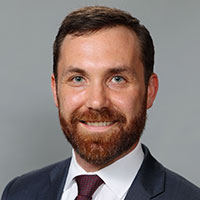