No one likes sprawl and the traffic congestion it creates; yet proposals for increasing density in new and existing neighborhoods are often squashed by community fears of public housing, crime, and ugly high-rises.

Higher-Density Development: Myth and Fact dispels these negative connotations.  It examines eight widespread misconceptions about higher-density development and dispels them with well-researched facts and examples of quality, compact developments.

Debunk these common myths about density: 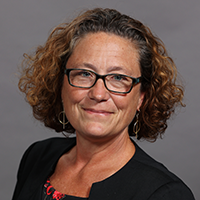